Arup is an independent firm of designers, planners, engineers, consultants, and technical specialists, working across every aspect of today’s built environment. The company employs more than 14,000 people in over 30 countries. Recent projects include the High Speed 1 railway line, Beijing’s Bird’s Nest stadium, and the iconic Sagrada Família church in Barcelona.

Due to its large scope and size, with offices located around the world, Arup’s digital infrastructure was spread across eight large global Data Centres, 70 server rooms, and several different public cloud providers. Over time, this infrastructure landscape had become complex to manage, expensive to maintain, and inefficient to operate.

As part of Arup’s long-term modernisation strategy, the company chose a 'cloud-first' approach to its technology platforms and connectivity in order to reduce capex and boost the economic resilience of the organisation. A key objective for Arup was to decommission as many Data Centres as possible and reduce the footprint of those remaining by consolidating processing and power usage requirements.

It was important for us to put a new standardisation framework in place… to fully embrace the agility and versatility of hyperscaler cloud.

Another principal driver for change was the need to increase the productivity of each component of Arup’s IT estate, as the complexity of the old setup meant the organisation’s central IT function was being slowed down by incompatible back-office processes. The company’s aim was to transform and modernise its existing Data centre model. This would free up the organisation from the constraints of on-site infrastructure and provide greater operational agility.

The result was a ‘cloud feasibility study’ and a detailed comparison of all the major service providers.

“Cloud technology platforms enable us to develop digital products and services in an agile and scalable environment. It is a fast and ever changing landscape and we need to be flexible. It also helps us align to the United Nations Sustainable Development Goals.

“If we don’t differentiate to provide value, we run the risk of losing ground to niche providers. Working with Claranet, we can adapt and continue to aggregate multiple services and to deliver As A Service solutions to our customers.

“It was important for us to streamline these processes and put a new cloud standardisation framework in place that would include elements of monitoring, compliance, and governance, and would enable us to fully embrace the agility and versatility of hyperscaler cloud. We were keen to partner with an experienced technology services provider who was qualified to recommend a more effective configuration for our business and could support us throughout the entire migration process.”

Arup consulted Claranet due to its expertise across the ‘Big Three’ public cloud hyperscalers. Using its Competitive Edge framework, the consulting team first embarked on a discovery process to investigate Arup’s digital estate, including current assets and core objectives. This resulted in a Total Cost of Ownership (TCO) report demonstrating how much the new infrastructure and standardisation framework would cost.

This formed the basis for a detailed presentation, outlining the front and back offices under a new cloud standardisation programme where each application is run from a single environment.

Claranet deployed its own independent tooling to analyse hardware, computing, processing, and workloads across each area of the estate. The results of this audit were used to create a business case for the migration programme, which included a ‘cloud feasibility study’ and a detailed comparison of various economic models and costs for all the major service providers by workload This depicted the design for each configuration, including how storage and data protection would be managed over a three-year technology roadmap by migrating workloads onto the right hyperscaler for each environment to meet Arup’s objectives.

We have a close partnership with Claranet, and we view them as part of our team.

The Claranet team began the process of decommissioning Arup’s Data Centres and building out new environments including a cloud standardisation and best practice layer of security, scalability, and performance criteria for ISO quality management and GDPR compliance. Claranet’s multidisciplinary team guided Arup step-by-step through the process to make sure the design and implementation was not only aligned with the business objectives but also offered enhanced visibility and monitoring to improve reporting to the finance department.

By reducing the number of on-premise Data Centres and consolidating most of Arup’s digital estate into a hyperscaler cloud-driven infrastructure, the company now has a highly cost effective and streamlined implementation. This enables more accurate monitoring of all associated IT and cloud spend, significantly reducing billing uncertainties and unexpected costs.

The new configuration takes advantage of the versatility of public cloud, which has brought a greater degree of flexibility and operational agility. This means the company’s IT estate can automatically respond to fluctuations in processing demand. In addition, the best-practice framework adhered to throughout the project has bolstered compliance and security across the entire organisation.

Dai David added: “We have a close relationship with the Claranet team and view them as an extension of our own team. This helped ensure the entire migration process was very smooth, and we encountered minimal problems.

“Cost savings are a by-product of what we are achieving. We are able to overcome performance issues globally, offer continuity, and deliver a high-quality service.”

With the project fully scoped and proven to be the right solution for the business, the cloud migration is now rolling out at scale, including the refactoring of applications as required and the introduction of a wide range of managed services to support Arup’s digital estate. 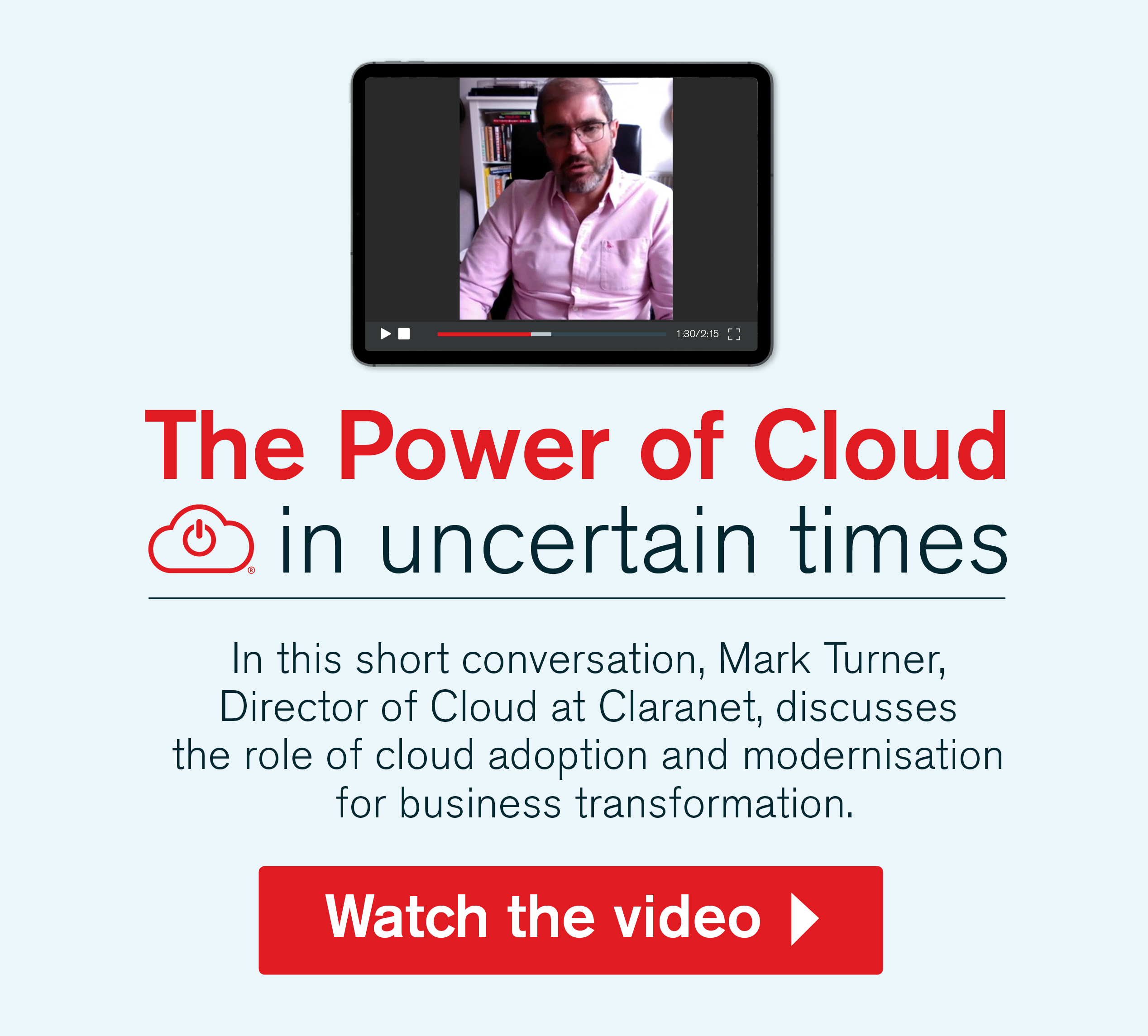