In this 2-Day Intermediate hands-on course delegates will gain an understanding of application security vulnerabilities including the industry standard OWASP Top 10 list and learn strategies to defend against them.

Attendees will be able to:

Pen testing (security testing) as an activity tends to capture security vulnerabilities at the end of the SDLC and then it is often too late to influence fundamental changes in the way the code is written.

This course has been written by developers turned Pen Testers who can help developers to code in a secure manner as it is critical to introduce security as a quality component into the development cycle.

Throughout this class, developers will be able to get on the same page with security professionals, understand their language, learn how to fix or mitigate vulnerabilities learnt during the class and get acquainted with some real-world breaches, for example, “The Equifax” breach in September 2017. Various bug bounty case studies from popular websites like Facebook, Google, Shopify, Paypal, Twitter etc will be discussed explaining the financial repercussions of application security vulnerabilities like SSRF, XXE, SQL Injection, Authentication issues etc.

The techniques discussed in this class are mainly focused on .NET, Java and NodeJS technologies owing to their huge adoption in various enterprises in building web applications. However, the approach is kept generic and developers from other language backgrounds can easily grasp and implement the knowledge learned within their own environments.

The class is a highly practical class that targets web developers, pen testers, and anyone else wanting to write secure code, or audit code against security flaws. The class covers a variety of best security practices and in-depth defense approaches which developers should be aware of while developing applications. The class also covers some quick techniques which developers can use to identify various security issues throughout the code review process.

Students can access our online lab which is riddled with multiple vulnerabilities. Students will receive demonstrations and hands-on practice of the vulnerabilities to better understand and grasp the issues, followed by various techniques and recommendations on how to go about fixing them. While the class covers industry standards such as OWASP top 10 and SANS top 25 security issues, it also covers various real world issues such as the business logic and authorization flaws.

This class is ideal for Software/Web Developers, PL/SQL Developers, Penetration Testers, Security Auditors, Administrators, DBAs and Security Managers. Prior pen-test experience is not mandatory, however, some knowledge of cloud services and a familiarity with common command line commands will be beneficial.

The only requirement for this class is that you bring your own laptop with the latest version of Java (JDK) installed. Attendees will be provided with access to our online lab which has been built on the latest .NET ASPX framework and all the tools and materials required during the class.

Other courses to further your knowledge

These classes are ideal for those preparing for CREST CCT (ICE), CREST CCT (ACE), CHECK (CTL), TIGER SST and other similar industry certifications, as well as those who perform penetration testing on infrastructure or web applications as a day job and wish to add to their existing skill set.

Enquire about your training

We provide training directly (remote or in person) and also work with a range of training partners in different locations around the globe for classroom or remote training. Please contact us with details of your requirement and we will recommend the best route to access our amazing training. 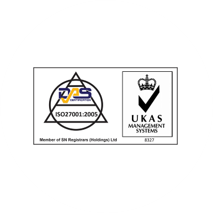 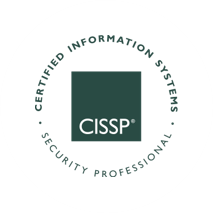 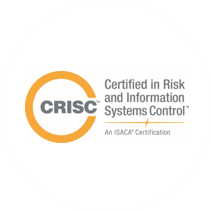